The first question that everyone thinks initially of studying MBBS in Mauritius is, is it approved in India? Not all MBBS degrees offered in foreign countries is approved by the NMC (Medical Council of India). However, MBBS in Mauritius is approved by NMC. Students need not worry about the recognition of the course. Soon after completion of the course, they can take up the test conducted by NMC and start practicing.

Mauritius is also known as the Republic of Mauritius which is an Island Nation in the Indian Ocean about 2000 kilometers off the South Coast of the African Continent. The country has the Islands of Mauritius, Rodrigues, Agalega, and the Archipelago Saint Brandon. The area covered by Mauritius is 2040 km2 and its capital is Port Louis. 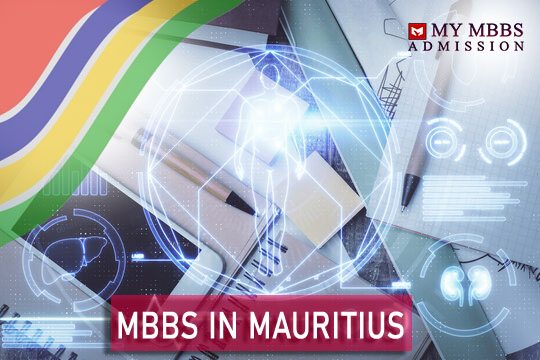 MBBS in Mauritius For Indian Students

Most Indian students want to study MBBS Abroad for many reasons hence studying MBBS in Mauritius has become one of the popular destinations for obtaining a Medicine Degree from Mauritian Universities. Mauritius is a beautiful and serene country and has a strong inference of Indian culture too. Lately, Mauritius is attracting a lot of students to study MBBS from Top Medical Universities.

The first thing that comes to the mind of Indian Students and their parents while deciding to study MBBS abroad is if the University they select to study is MCI approved or not. Well, there are many medical universities around the world that are not approved by MCI, but MBBS in Mauritius is approved by the Medical Council of India(MCI) Hence, students and parents should not worry about taking up the course of MBBS in Mauritius and obtain the degree and once they do they can come back to India and clear the Licensing test conducted by MCI and start practicing.

The MBBS course in Mauritius may differ from other universities. hence, here below the student can get an overall outlook about MBBS fees structured in Mauritius. The medical degree of studying mbbs in Turkey University cost of MBBS in Mauritius is 38 Lakh Indian rupees – 47 Lakh INR Medical colleges in Mauritius.

There are best two medical universities in Mauritius for Indian students,  Kashmiri, and Pakistani students offering Medicine in Mauritius in English. To apply to the universities mentioned below, please fill out the application form.

is Mauritius Good for MBBS

The National Medical Commission guides the MBBS Syllabus in Mauritius. Hence, the studies and course curriculum is similar to that of Indian MBBS. Given below is a brief outlook of the MBBS in Mauritius syllabus:

MBBS in Mauritius is approved by the following international agencies

Advantages to Study MBBS in Mauritius

Yes, Doing MBBS in Mauritius is one of the best, low cost and good countries for Indian students:

Medical colleges of Mauritius offer MBBS admission in two sessions i.e., April and September. Aspirants get stipulated time to enroll themselves in MBBS course. The students will be selected on the basis of their NEET entrance exam scores, documents and counseling.

The simple steps of MBBS admission in Mauritius

HOW LONG IS THE MBBS COURSE IN MAURITIUS?

The MBBS course in Malaysia takes a total of 5.5 years to complete.

IS MAURITIUS MBBS VALID IN INDIA?

Yes, MBBS Universities are Approved by NMC, and WHO

IS AN MBBS DEGREE FROM MALAYSIA ACCEPTED IN INDIA?

MBBS degree from Mauritius is accepted worldwide including India.

IS MAURITIUS OR UKRAINE BETTER FOR MBBS?

Whether you choose Mauritius or Ukraine, make sure you are choosing a Govt university with 100+ years of experience having an English medium medical program. Also, Ukraine is slightly more expensive compared to Mauritius.