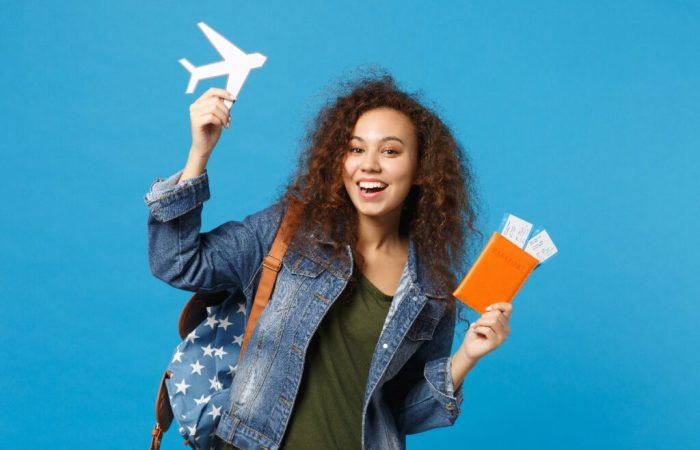 As the Russia-Ukraine conflict worsens, international students who have sought sanctuary in neighboring countries or their home nations confront still another challenge: transferring to another university to finish their studies. Students who have successfully fled Ukraine are reportedly having difficulty finding institutions where they can transfer and finish their degrees. Many were studying for their Bachelor of Medicine and Bachelor of Surgery, or MBBS, degrees.

Prior to the war, Ukraine had over 76,000 international students, the majority of whom were from India and Africa. It was a popular study destination for a variety of reasons, including low tuition fees for medical programmes, easy student visa procedures, and access to European residence.

Many university students in Ukraine are fleeing the conflict for their own safety. Over 10,000 Indian students have been evacuated from conflict zones, according to authorities, and 2,179 Egyptian students in Ukrainian universities have applied for permission to relocate to local universities. Some governments have intervened to assist students who have been affected by the crisis in finishing their studies. For example, Indians who earned their MBBS in Ukraine but were unable to complete the required 12-month internship are being offered positions at local medical college hospitals.

The National Medical Council (NMC) now prohibits students from changing medical colleges or universities in the middle of their studies. A student pursuing an MBBS degree in an Indian or foreign medical college must complete the course there. Several medical students are confused if the migration rule applies to prior batches because it was changed in 2021. Thousands of Ukraine-returned medical students, notably those in their first to the fifth year, are now assured that they will not be returning to their universities in Ukraine, which has been at war with Russia since February 24.

“Indian medical students in Ukraine in their first to fifth years are not only enduring pain as a result of the war, but their future is also uncertain.”

NMC not provide any flexibilities for transfers or admissions in Indian medical colleges. Many parents are urging due to the sad war scenario, the NMC must allow these pupils to transfer. They must be given the opportunity to transfer to institutions in India and overseas of their choosing so that they can complete their studies, growing dissatisfaction with remote classes in India for a degree that prioritizes practicals and lab work.

However, new measures to save the careers of Ukraine-returned medical students may be implemented shortly as it becomes clear that the war will have long-term consequences, making even neighbouring nations in Eastern Europe hazardous. On April 17, 600 students and parents from 18 states gathered at Jantar Mantar to demand that the government admit all medical students to Indian colleges. The agenda, which was put up by the Parent’s Association of Ukraine MBBS Students, a pan-India organization, provided a precise breakdown of student and seat numbers. Under India, students must complete an internship before practicing locally, but the National Medical Commission (NMC) has loosened laws regarding medical study in “compelling” events such as a pandemic or war.

While evacuation is a top priority for governments around the world, the Russian invasion has thrown international students’ academic schedules off. In the midst of the blazing battle, India’s 20,000 students in Ukrainian universities face an unclear future. “There are approximately 4,000 final-year medical students for whom the prime minister, the health ministry, and the NMC have granted permission to do their internship in India, which is a welcome relief.

HOW EASY IT IS FOR MBBS STUDENTS OF UKRAINE TO CONTINUE THEIR EDUCATION IN INDIA?

mbbs transfer from Ukraine, While there have been recommendations and promises to allow Indian students from Ukraine to complete their MBBS here, experts argue that transferring them to Indian universities would be tough. As a one-time action, the Indian Medical Association (IMA) has proposed that they be accommodated in Indian medical schools. When the war broke out in Ukraine, the majority of the almost 20,000 Indian students there were medical undergraduate students at various stages of their six-year MBBS curriculum. Many of them indicated they haven’t heard anything about the next steps from their colleges and are concerned about continuing their future education with other concerns like difficulties in lateral entries, transcripts issues, and credits counts, and so on.

The difficulties of lateral transfers of Ukraine return MBBS StudentsTo practise medicine in India, they must pass the FMGE and undergo a year-long internship there, according to current requirements. However, the majority of students who have returned are nearing the end of their studies. Medical educators think it would be difficult to just let a second-year MBBS student from a Ukraine college continue in the same year in an Indian college because of the differences in curriculum and academic standards.

Transcripts are unavailable to MBBS students in Ukraine.

Students have been given three months to gather the required documentation, which they must then submit to the ministry’s headquarters. Furthermore, students must show on their passports that they have residence permits stamped before February 24, 2022, the first day of the Russia-Ukraine conflict, as well as certificates from previous courses. College admission exams are required for students pursuing degrees in medicine, dentistry, pharmacy, and engineering.

Separately, owing to differences in curriculum and academic standards, Indian students who have access to their transcripts may be allowed to transfer to local colleges. This would make it difficult for a second-year MBBS student, for example, to continue their education at the same level at an Indian university.

WHAT ARE THE POSSIBLE OPTIONS INDIAN MEDICAL STUDENTS HAVE?

An Indian medical student at Ukraine colleges countered their concerns about the dilution of medical standards in India by pointing out that these students would still be required to pass FMGE or the National Exit Test (NExT) proposed to replace it in order to obtain a license to practice medicine in India at a panel discussion hosted by FAIMA Doctors Association. While many have suggested that students wait and hope for the situation in Ukraine to improve, the students also noted that India’s neutral stance on the war, as well as its abstention on a UN Security Council resolution condemning Russia’s aggression against Ukraine, has students concerned about their future in Ukrainian colleges.

Some medical administrators believe that adapting to the Indian education system without specific training or a bridging course is impossible. The Consortium of Deemed-to-be Universities in Karnataka (CODEUNIK) has volunteered to accommodate roughly 1,000 students provided the Union government and the NMC allow it.

Universities in Poland, Hungary, and the United Arab Emirates have also promised to accept Ukrainian students. Dr. Prasad also suggested that if the students are allowed to continue their studies in other countries with a similar medical education system to Ukraine, the Indian government could assist them in financing their education if the fees and other costs are higher than what they were paying in Ukraine.

The NMC has proposed that MBBS students be required to complete their course within ten years after admission. Because MBBS studies in Ukraine are six years long, including a one-year required internship, this gives students around three years to research alternate possibilities.

WHICH COUNTRIES INDIAN STUDENTS ARE PREFERRING TO TRANSFER TO?

Transfer of Ukraine Medical students to Romania is possible and they can transfer to Romanian medical schools. Transfer students from other European universities will benefit if they are enrolled in the ERASMUS, SOCRATES, or ECTFS programs, which are available at most European medical schools. Students moving from universities outside of Europe will face some challenges due to the various course structures and credit systems, but it is still achievable.

Transfer of Ukraine Medical students to Hungary proves easier by its government’s most flexible terms on the transfer students to its country to continue their lateral entry. International students from all over the world can receive a high-quality education in Hungary. Hungary has been included in a number of important ranking lists, and institutions provide assistance in the areas of talent management and research possibilities.

The Russia-Ukraine conflict is likely to encourage Indian students to look for MBBS opportunities abroad. For the course, the two countries draw a considerable number of students from India. According to executives at these sites, this could be a one-year trend, with places such as Bangladesh, Nepal, Spain, Germany, Kyrgyzstan, and the United Kingdom increasing in popularity.

Poland, emerged to be a new glimmer of hope for Ukrainian students. Poland has announced that it will open its doors to those students who have fled the fighting and wish to continue their studies. Poland is ranked 34th in the education index, and its universities provide some of Europe’s best higher education. Most of the Ukraine returned medical students of Indian origin are interested to join Poland Medical Universities and are checking the all available possibilities.

Every day consultancies are getting tens of calls relating to the available optional countries for their credit transfers. Britannica Overseas the top educational consultancy taking the most precarious actions in leading hundreds of students towards best and desired credit transfer destinations. Check the official site www.britannicaoverseas.com for more information on the lateral entry options available for Ukraine Medical Students.